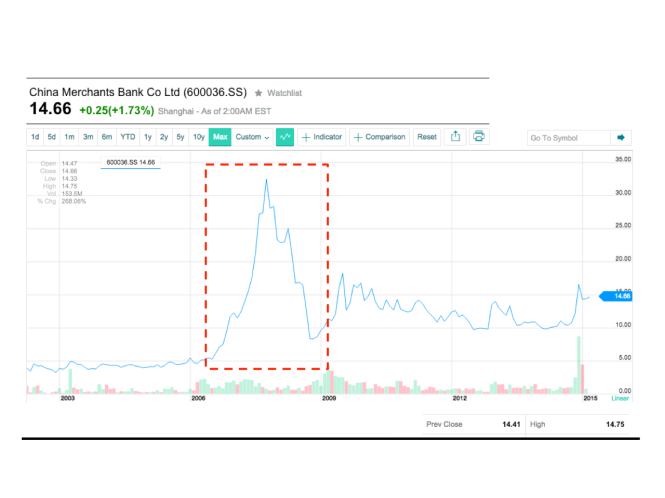 The high-living nephew of a former Chinese communist leader is said to be in the crosshairs of the Party’s anti-corruption investigators, according to a number of reports in the Hong Kong press recently.Hong Kong press reports are not always reliable, but often enough include details about affairs inside the Party that cannot be reported in the mainland for political reasons. Hong Kong publications are also used as ways for political factions in China to send messages to one another and the public.

Wu Zhiming is a high-level official in the southern city of Shanghai, long a power base of the faction of Jiang Zemin, who ruled the Communist Party from 1989 until 2002, and who then cast a shadow over Chinese politics for the next decade.

The reports say that Wu and Jiang’s eldest son, Jiang Mianheng, were together involved in a notorious financial scandal in 2007. The level of fraud involved reached a mind-boggling one trillion yuan (US $160 billion), the reports claimed.

Hong Kong’s Cheng Ming magazine reported on the matter in its latest monthly issue: Wu Zhiming, currently the chairman of the Shanghai Political Consultative Conference, is being investigated and unable to leave the country, the reports said.

Wu first came to the attention of anti-graft investigators early in 2013, the reports said, mostly for pocketing vast public money in a 2007 stock-bidding scandal associated with put options on China Merchants Bank.

The scam saw the company’s A-shares increase by 13 times their original price within two months—before crashing precipitously. Tens of thousands of retail investors reportedly lost their money, while the turnover in the options during the period was about 1.2 trillion yuan (US$192 billion). Brokers earned over a billion in fees from the case, while Wu Zhiming and Jiang Mianheng reportedly made off with vast sums.

Cheng Ming blames the scandal on Wu and Jiang, calling it China’s biggest financial scandal. If anti-graft investigators are now looking at this case, it would be in line with the broader examination of the financial sector in China.

The report also quoted an insider in China to the effect that Wu owns multiple luxury houses in Shanghai, one of which is a three-story villa worth over 10 million yuan ($1.6 million).

Official media haven’t responded to the Hong Kong reports, and there are currently no overt signs that Wu is in political trouble. His most recent appearance was on Jan. 28, when hosting the closing ceremony of the Shanghai Political Consultative Conference.

If Wu is next on Xi Jinping’s hit list, it would not come as a surprise to political observers, given that a broader political cleanup of Shanghai is already underway, and the fact that many of the officials who have been taken out in the current purge are associated with Jiang Zemin. Wu’s career has thrived with Jiang’s protection in Shanghai, where he went from being a beat cop in the 1970s to the highest realms of officialdom now.